These Times, They Are A Changing...

Last week, I was fortunate to, once again, attend the NRA Annual Meetings, held this year in Atlanta, GA.

While there was quite a bit of apprehension in the opening few days of SHOT Show this year, there was a palpable sense of relief in the convention hall, the press room, and various other places where people were gathered.


Donald Trump  became the first president since 1983 to address the membership. His speech was full of enthusiasm and shined a light of hope after eight years of  apprehension and fear.
... which brings me to my next point.

The industry has changed.
No longer do we have a "fear-based market."

As recently as a year ago and excellent deal on an AR 15 platform might be in the $700 range. Today, there a half a dozen for under $400.
Several manufacturers lamented canceled firearm orders-  One that was in the millions of dollars.
Yet, NICS Checks for March 2017 are up more than 5%.

SOMEBODY is clearly buying SOMETHING... 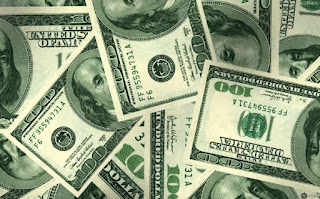 From Breitbart:
"In a press release sent to Breitbart News, NSSF reports the number of NICS checks for March 2017 was 2,422,749. But after adjusting checks–eliminating those that were not the result of sales–the figure was 1,356,929. The number of NSSF-adjusted NICS checks for March 2016 was 1,289,670. This means the number of checks actually connected to gun sales increased 5.2 percent in March 2017.
The number of NICS checks–including NSSF-adjusted checks–is not a precise indicator of the number of guns sold, as checks are conducted on buyers rather than guns bought. Moreover, each buyer may legally purchase multiple guns after passing a background check, which means an adjusted figure of 1,36,929 checks may not even come close to representing the number of guns sold."

When markets change, businesses must change with them.

While many tactical based manufacturers are seeing lower sales, some custom manufacturers in the same space are seeing an uptick in their sales.
Optics manufacturers are having a banner year. Companies that make accessories for AR 15's (and other weapons) are off to a great 2017.
Hunting rifle and high end shot gun sales are up.
This, of course, makes perfect sense when you realize that people are no longer afraid that they have to have 10,000 rounds of ammunition, a tactical weapon or two, and a pile of high-capacity magazines before they are banned.

That budget can now go back "into the system" to purchase things like accessories,  as well as hunting and sporting weapons.
What this also means is that many small and medium size businesses in the industry have an unprecedented opportunity.

That opportunity is to take market share from some of the "big players" who, foolishly, will look at the economy and surmise that they have to "cut their budgets" for marketing and advertising.

You see, many large companies both in and out of the firearm industry, are run by "boards of directors" and CEOs that are accountable to "shareholders."

All those shareholders care about is the bottom line.

They will take that short term increase to the bottom line, completely ignoring the long-term consequence to the overall business.

Quite frankly, they can afford it.

If you are a small or medium size business, you can't.
Or at least you shouldn't.
Obviously, you can't afford to waste a single penny– especially in the "new gun economy."
Even BIG companies shouldn't waste marketing dollars, yet many do.

The outdoor industry is approximately ten years behind in most marketing methods.
I'm hearing from more than a few companies that they are "pulling more out of print" and "putting more into digital."
Some are "wowed" by Facebook.
That's all good- but the MOST important thing to know is DOES IT WORK?
The truth is, it does.
Yes, even print (though for how much longer is uncertain) works and can give great ROI.
The important thing is that you can TRACK it.
So, what SHOULD you do?

You can take a portion of those dollars you would spend on "traditional" marketing (Magazines, TV shows, etc.) and put them in front of over 3 million PROVEN BUYERS of Outdoor, Firearm, Hunting and Fishing products.
100% Trackable, and in whatever amounts or frequencies you like.

If that interests you, reach out or comment below.
Regardless of what you do, remember-

"Keep it the same" should not be an option this year.